CTFO was founded by network marketers, for network marketers. The founders couldn't find any other company that stacked the odds in favor of the Associates, not against them. So, they started CTFO in 2015 and chose to pay themselves the same way as everyone else, as Associates. That way, the maximum amount of commissions are always paid out, and that's why the products are the highest quality, the prices are the lowest in the industry, the qualifications are the easiest ever, and there are no gimmicks, and no gotchas.

CTFO provides tools to empower people in business, health and serving others; demonstrating the Good News with quality, integrity and generosity.

Our Founders care and want to positively impact every aspect of your life: 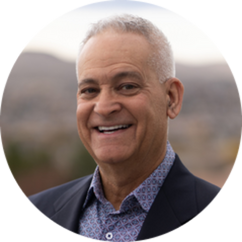 Steve has over 35 years of experience in sales and marketing. His marketing endeavors have encompassed items and services that range from telecommunications to nutrition. Among his endeavors, he devised a way to market fashion watches at convenient stores which ordinarily did not carry such items. The company developed over 700 accounts in 5 states in one year. In 1996, Steve co-founded International Teamworks, Inc. with his brother, Stuart, which in turn gathered over 150,000 customers. In 2009 Steve formed Good News Roofing in the Austin Texas area with his son, Ian. The company was completely debt free in 90 days, also earning an A+ rating with the Better Business Bureau. In 2013, Steve and Ian sold the company for a sizable profit and the company has flourished by continuing to utilize the unique marketing plan developed by Steve. Since 1986, throughout his career in different fields, Steve has enjoyed a full-time income on mostly a part-time basis in the field of Network Marketing. From a business point of view, this has always been the most rewarding because of the opportunity it has afforded him to help others earn substantial incomes. Among his accomplishments, nothing is more precious to Steve than his deep faith and his family. Steve has been married for 35 years, is the father of 3 children and has 10 grandchildren. 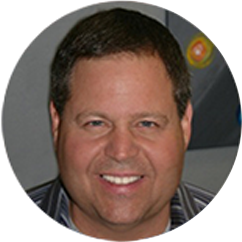 Stuart Finger, Founder of CTFO, has been a successful network marketer and company owner since 1989. He achieved a high ranking position in his first company and the top position in his second company, building teams of many thousands of people. He then owned and operated his own successful company for 18 years with tens of thousands of distributors and hundreds of thousands of customers. Stuart has also owned and operated multiple traditional businesses including restaurants and retail sales. His passion has always been helping others succeed. 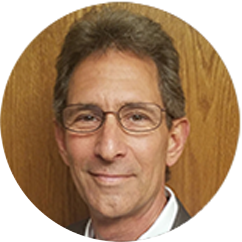 Michael has been a self-employed business owner for all of his adult life. He has owned multiple traditional businesses including leather goods manufacturing, financial exchange services, retail nutritional supplement sales, wholesale / resale bakery, and for the last 17 years, network marketing sales. He also has extensive knowledge and success in real estate development and sales. In all of his business ventures, Michael’s passion has always been to create the highest level of professionalism, value and win/win scenarios for all involved. 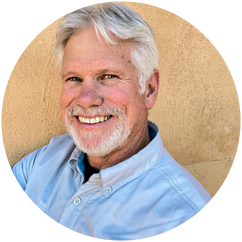 John Eckle has been a CPA for 34 years, and has owned and operated his own CPA firm for the past 33 years. During that time he has consulted with hundreds of business entrepreneurs representing a broad spectrum of industries, both for-profit and non-profit, helping them adapt effectively to accounting, tax, structural and management opportunities and challenges. He created a popular training system to educate growing organizations, and has personally taught hundreds of small business owners and non-profit administrators how to operate more efficiently. John has always believed in giving back, and has served on a number of non-profit boards and community benefit organizations over the years. He is currently active as co-founder and board member of Advocates for Success in Africa, a U.S. based non-profit organization helping Zambian orphans realize their dreams through education. 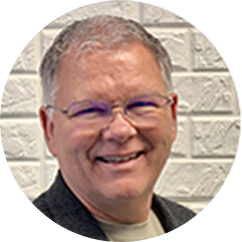 began working with the owners of CTFO 20 years ago, refining skills that include leadership and management of customer service representatives in the network marketing industry. He has specialized in procurement and inventory control for three multi-level marketing companies. Jeff began his professional career working in the Aerospace industry for Hughes Aircraft Company. During this time, he spent more than 15 years broadening his background and knowledge of research and development, vendor relations, inventory control, and overseeing production processes. Throughout each of his industry experiences, he has always enjoyed cultivating lasting and meaningful relationships, his goal is to always help people. While Jeff is a dedicated and hardworking career man; he is most proud to be a father of two, grandfather of four as well. 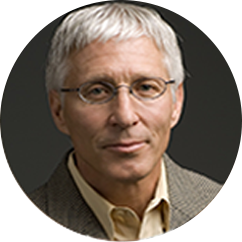 David is the former host of the TV show "Money Talk", Chairman / President of two publicly traded companies and author of the paradigm-shattering book titled, "The Secret Asset". David’s uncanny ability to deliver compelling products, packaging and messaging that sustain first mover advantage has captured the attention and respect of entrepreneurs, CEOs, and business experts looking for a professional at the highest level. 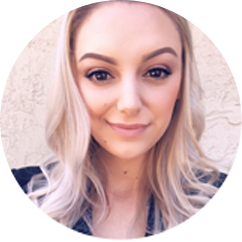 Meagan has been in the Customer Service Industry for over 15 years. She has extensive experience in Administration, Communications and is also self-taught in Web Design. Meagan has a very well-rounded perspective on how to accomplish and assign tasks in an efficient, productive way, while keeping the best interest of the company, customers and associates in mind. Her goal is to create a positive working environment, while providing a solid foundation for everyone to become successful. 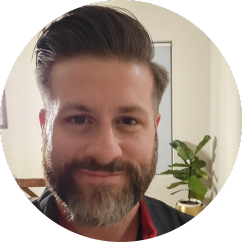 Jonathan has been in the Customer Service Industry for over 15 years. He has a light and easy-going nature that is perfectly suited for being the Manager of our Support Center. What he loves most about his job is being able to help others turn a difficult situation into a hopeful one. When he's not working, he loves spending time with his incredible wife and two amazing children. He also enjoys playing the guitar and singing. 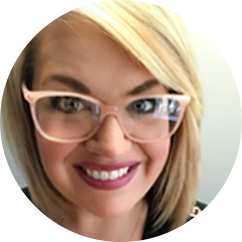 Director of Communication and Compliance

Leah recently joined our team as the Director of Communications and, because she always loves a good challenge, soon took on the task of in-house Compliance as well. She is a warm, bubbly and energetic go-getter who has several years of experience in sales, marketing and branding. Leah has a passion for creating a working environment people actually enjoy coming to, and loves to help create an atmosphere of fun and togetherness in the workplace. In her non-professional life, Leah is a wife to her wonderful husband of 11 years, and mother to two beautiful children; she has a deep-rooted faith that is at the core of everything she does. 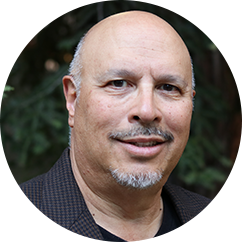 Sam has had a notable career in various industries. His broadcast career spanned 25 years which included a top rated morning show, top programmer, and General Manager of News Talk and Christian Radio stations. He’s been involved with many community organizations including the March of Dimes in which he was on the board and Chaired the “Walk America” for the Central Coast. Sam is currently on the Board of BStrongLife, Inc a non profit that makes a difference in students lives in many different high schools. Sam has also had a successful career in Network Marketing achieving high positions with different companies. In 2000 Sam became the Chief Operations Officer and on was on the Board of Directors for International Teamworks Inc. a Network Marketing Company that had over 100 employees and thousands of representatives and customers. Sam is an ordained minister of the Gospel and has served at different churches as an elder, board member, and pastor. He currently serves as a staff pastor at a church where he teaches, counsels, mentors and oversees various ministries. 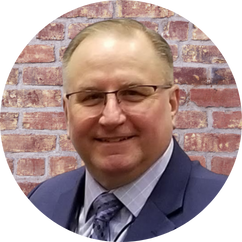 Dan Gregory has had a diverse 36-year career path which has included management positions in marketing and sales, real estate finance, land development/management in both the public and private sectors. He is a Geomatics Engineer holding an active license as a Professional Land Surveyor in the State of California with a B.S. degree in Surveying Engineering. He has served on numerous boards, as a subject matter expert for the Board for Professional Engineers, Land Surveyors & Geologists and has received numerous awards for his work as a Geomatics Engineer. Mr. Gregory brings a balanced and practical analytical view to the Board of Directors with a history of problem-solving and consensus building to accomplish company objectives. 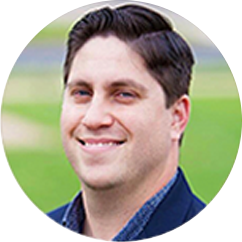 Shules Hersh has a unique background in sales, business to business networking, and social media marketing that goes back more than a decade to the early days of crowdfunding and socially conscious entrepreneurship. As an ambitious young team member of a Los Angeles based startup company in 2008 with a focus on brokering and facilitating socially funded expansion projects for small businesses, Shules built a powerful reputation as a business growth consultant. He has spent the better part of the last decade building a personal portfolio of clients from industries as varied as construction to import/export houses and insurance agencies. As an ordained minister, he is currently focused on planting a new church in Studio City/North Hollywood, called “The River of LA.” Still, Shules has continued to sit on the board of Happy Kids Int’l, a nonprofit organization with a focus on providing first responder services to children in immediate danger of death or trafficking in places such as Haiti, Columbia, and even the U.S. He has also continued to work for a few select clients in ongoing scalability and social marketing consultation projects. 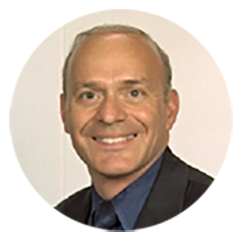 Dr. Trobiani, a renowned neurologist, has spent the past three decades evaluating and managing headache and back pain. He owns and operates his own private neurology practice - Northstar Pain Care & Neurological Clinic - in Maple Grove, Minnesota.

There, he takes a patient-oriented approach to pain management. He listens carefully and thoroughly examines all three pain generators - neurological, orthopedic, and soft tissue - so that he can accurately identify the source of the pain and eliminate it with a program customized to each individual. His practice has an emphasis on injuries to the cervical, thoracic, lumbar regions and peripheral nerves. He trained at Yale from 1980-1983 and served as the chief resident for the neurology service during his last year.

A member of the American Academy of Neurology, the doctor is board-certified in neurology by the American Board of Psychiatry and Neurology (ABPN). The ABPN is a not-for-profit corporation dedicated to promoting high-quality patient care for the public through the initial and continuing certification of psychiatrists and neurologists. 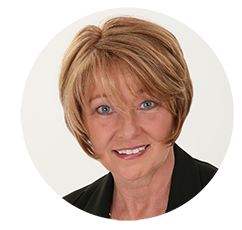 Along with her many accolades and certifications, Dr Robban Sica's is a sought after Medical Doctor that practices several alternative therapies leaning towards nutritional therapies that treat the whole body. She is the kind of doctor that many patients seek out when other physicians have tried to help and failed. She successfully treats the whole body not just the symptoms. 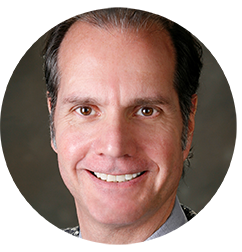 Dr. Phillip Zinni is a family physician in Reno, NV. Currently, physician for Largest Gaming Casino and past Largest Winery, Eldorado Resort. He received his medical degree from Chicago College of Osteopathic Medicine and his Sports Medicine Fellowship from the American Osteopathic Academy of Sports Medicine, where he was also Past-President, has been in practice 29 years. He specializes in sports medicine (non-surgical), complementary and integrative medicine, and occupational medicine and is experienced in diabetic neuropathy, osteoarthritis, musculoskeletal medicine, chronic pain, and preventive medicine.